Pianissimo
RUEN
Pianissimo
piano festivals
Schedule of upcoming concerts will be published soon
ABOUT PIANISSIMO
Pianissimo concerts and festivals designed to introduce a wide audience to academic music and young pianists in rare and beautiful locations.

Pianissimo festivals have featured Russian musicians who have become superstars, as well as talented names from other countries. Each resident has been recognized by the professional community and has won first prizes at prestigious competitions, and many of them are already touring and giving solo concerts at the most prestigious venues in the world - from La Scala and Carnegie Hall to the Albert Hall and the Berlin Philharmonic.

Pianissimo has been performing concerts by young piano stars in historic and rare locations since 2017. Over the five years of its existence, the project team has held dozens of evenings of academic music within the walls of the Great Italian Prospect of the New Hermitage, at the House of Culture GES-2, at the Valery Gergiev Concert Hall in the resort town of Repino, and in the secular atmosphere of St. Moritz, Switzerland.

At various times the list of Pianissimo's residents has been expanded by the brilliant names of Dmitry Shishkin, Arseny Moon, Andrei Gugnin, Abisal Gergiev, Alexander Bolotin and many others.
ARTISTS
GALLERY
FRIENDS & PARTNERS 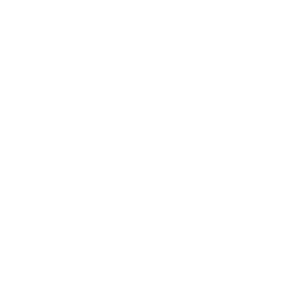 PIANISSIMO TALENT MANAGEMENT (P™)
Pianissimo launching a new division: Pianissimo Talents Management (P™) agency will focus on promotion of young talents, their positioning and worldwide concert program, recording of performances, release of CDs and vinyl records, visuals, as well as support for artists in the media and online.

Pianissimo has been holding concerts by young piano stars in historic and rare locations since 2017. Over the five years of the brand's existence, the project team has held dozens of evenings of academic music within the walls of the Hermitage's Grand Italian Skylight Hall, at the Gary Tatinsian Gallery, in the futuristic space House of Culture "GES-2", at the Valery Gergiev Concert Hall in the resort town of Repino and in the social atmosphere of St.Moritz, Switzerland. At various times the list of Pianissimo's residents has been expanded by the brilliant names of Dmitriy Shishkin, Arseniy Mun, Andrey Gugnin, Abisal Gergiev and Aleksandr Bolotin. They all started working on the project when they were in their early thirties, some in their twenties, but they had already won a number of prestigious contests, in particular the Tchaikovsky Competition, and appeared at the La Scala, Carnegie Hall and Mariinsky Theatre.

Having gained experience in working with young talents and prodigies from the world of classical music, the Pianissimo team launches Pianissimo Talents Management (P™) agency. Through concerts and festivals, the brand elegantly introduces new names to a diverse audience: professionals, amateurs and audiences far from classical music get to know those who will be talked about tomorrow in the main concert halls of New York, Milan and Tokyo.

Pianissimo Talents Management (P™) takes care of all residents' concerns related to name promotion and concert activities. The agency's capabilities include professional social media management, online visual positioning - from image photo shoots to website creation - worldwide concert organization, offline and online media representation as well as the recording of performances and albums on the own Pianissimo Classics label for the archive and portfolio.

Now in the orbit of the agency - 10 Russian and foreign pianists, for whom the team provides general management or local support in Russia, Europe, the Middle East and Asia. The main goal of Pianissimo Talents Management (P™) is to help young gifted musicians become superstars, give them an audience, PR and locations where their talent will be heard.
PIANISSIMO CLASSICS
Pianissimo launches its own record label: under the brand name Pianissimo Classics, CDs and vinyl records of classical music performed by project residents will be released.

Pianissimo has been running concerts by young piano stars in historic and rare locations since 2017. Having gained experience in working with young prodigies from the world of classical music and drawing on the legacy of iconic companies such as Deutsche Grammophon, the project launches the Pianissimo Classics record label. As part of the brand, the team will release concert recordings, maintain an archive, and develop its online platform through which broadcasts of Pianissimo festivals and evenings are now available to listeners around the world.

Pianissimo Classics will be another strand of the Pianissimo project, which aims to support and develop young pianists. Together with Pianissimo Talents Management, the team will also develop CD and vinyl record designs, following its guiding principle of encouraging everything new and talented. The albums will be worked on by young artists, graphic artists, illustrators and photographers.

Pianissimo Classics will continue the tradition of working with Pianissimo's main partners, the State Hermitage Museum, House of Culture GES-2, and the Grand Hotel Europe. Under the label, recordings of concerts in the Hermitage's Great Italian Prospect and a CD release in Limited Edition format will be co-produced with the legendary Grand Hotel Europe on Mikhailovskaya Street, whose biography is inseparably linked to world music history.